A downloadable game for Windows, macOS, and Linux

Relive Your Childhood Toys comes to life! Build your Army Toys, make battle scenario, watch the Toys battling each other, and customize your play with Attack on Toys Toy-Box. Command your Army Toys to fight against another toys strategically and keep them alive during battle!

Attack on Toys is a 3rd-person shooter mixed with combination of Real-time strategy as Toy Army Soldiers. Pick your favourite Army color and ride to the battle! Use Tank, Helicopter, Jeep, robot mech? and build your own Army Squad to win the battle against other Toys.

Is the Itch.IO version still going to be up to date like the steam version? I remember that was said on this page.

LikeReply
Akumajou The 3rd58 days ago(+1)

all those marc accounts were my old accounts

I am totally in love with this game. A massive blast from the past.

Just a couple things I hoped to mention/suggest

1)Would it be possible or are there plans for more levels, or being able to play the conquest house map for example but in skirmish without editing in toybox?

3) will there ever be support for online multiplayer? Even if just with standard none custom maps

Again thank you sir, I am super glad someone made a game like this. It's awesome and even with some rough edges it scratches that childhood itch for me.

Noted that and thanks you so much for the feedbachs and also suggestions! :)

Hey. Can I ask you about something. I know this is strange, but if the Green represent American, Tan the Germany, etc, what does Purple and Black represent ? I'm really want to know the real life equivalent of those two.

(I know the Blue are supposedly to be French, Grey either they are Vietnam or something, the Orange judge by design looks like Turkey, the Reds are obviously Soviet Union. It just that, What does Purple and Black Supposedly represent ? Reply pls) 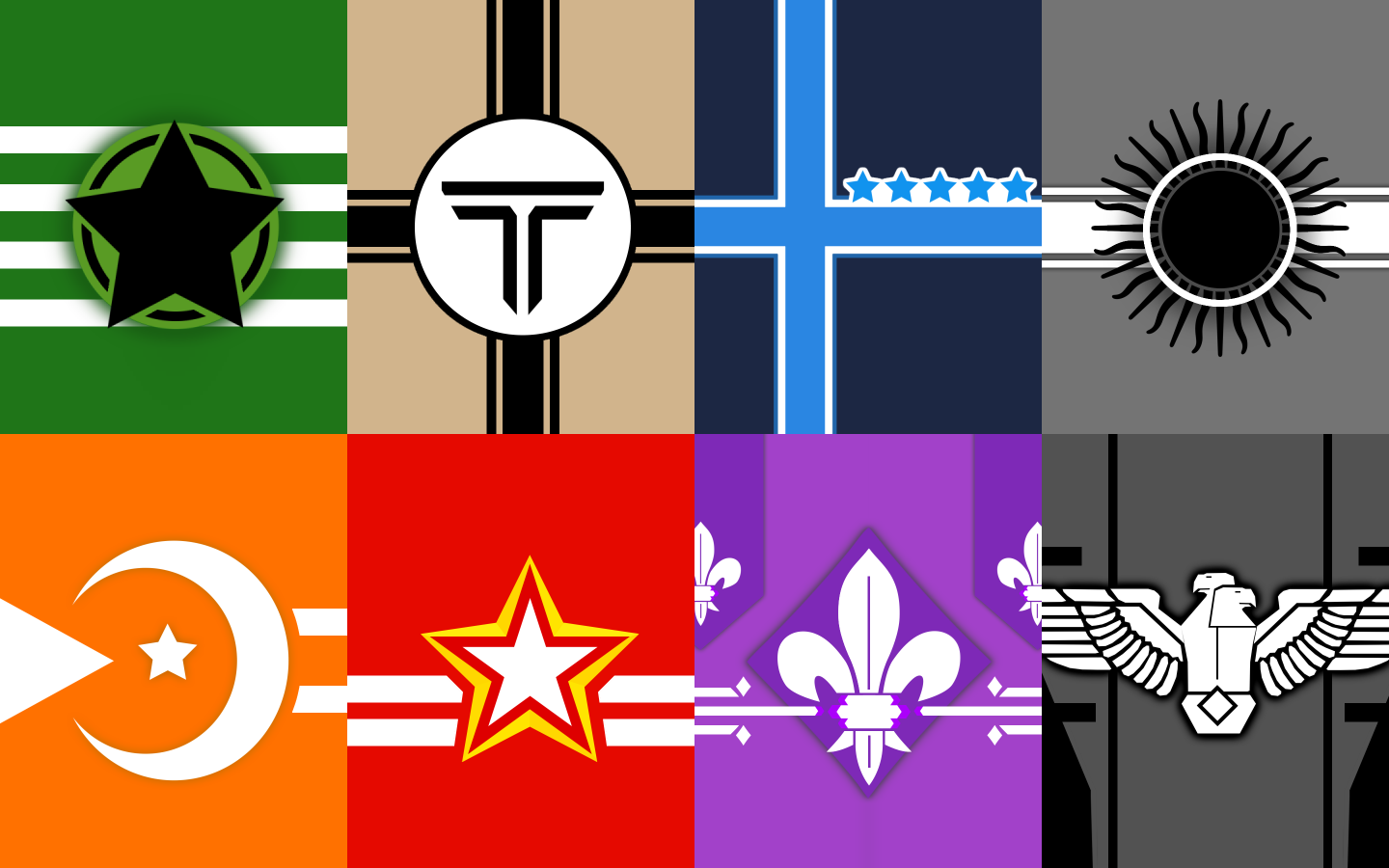 psst what are the jeeps and trucks the carries troops like the apc by the way is the apc in if not then add it oh and back to the thing what are the trucks and jeeps based on? reply pls

Hey. Can I ask you about something. When I see the name of this unit it says SGK1-Tank. Was this based on a real vehicle or was it just a fictional artillery ? I can't seem find the real life equivalent of this partucular vehicle 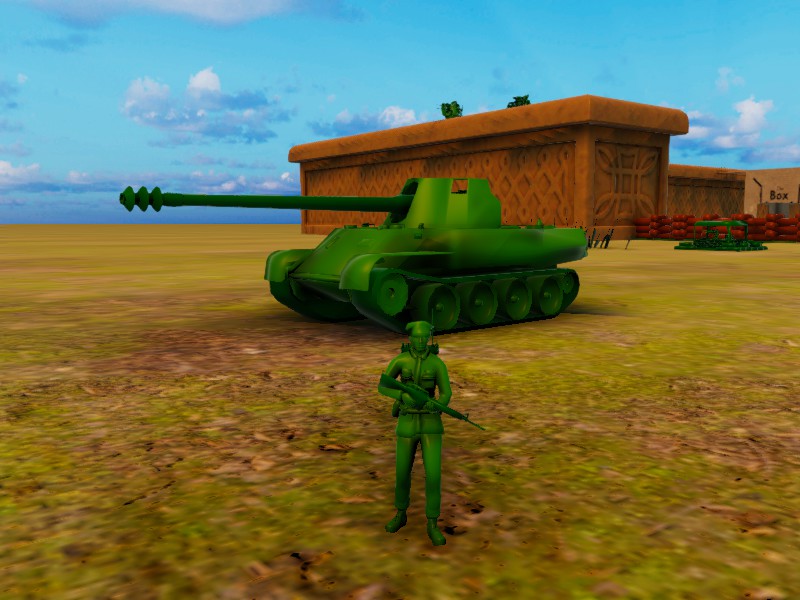 it's based from German Tank ;)

Do you mean the Rheinmetall Skorpion

you could download the game here for free or donate $1+.

it's the same game from steam version, so i'm not sure why you need to pirate Attack on Toys xD

(The game doesn't has anti piracy either, maybe STEAM DRM count as one?)

I am kind of impressed by the game, but it is crippled by a few yet strong flaws in my opinion :

- the guns are underpowered or enemies are too tough, which makes shooting them tedious and not funny

- In the zombie maps, the fact that every dead soldier is turned into a zombie can escalate quickly into your base being overrun. Only zombie kills should turn into zombies.

- the spiders shooting from afar tend to gather in the same place, destroying absolutely everything in range, and even a rain of mortar shells and rockets won't dispatch them quickly. They are ruining the experience for me.

I remember back in the days on early development(1 or/ 2year?ago) im playing this with my old potats pc and still playable with high fps,

now i have my pc upgraded,  and i see so many updates and changes but well said i can't even play, it always crashed

Yes, there is alot of features and graphics update implemented in the new version (Remaster/Remake)

You might need to change graphics quality and other features to lower quality to avoid crash in lower end pc. (Because the default setting is Ultra Quality)

oh right, one more thing
im playing with my controller, there is "visible"cursor and "invisble" cursor when first deploy and buying thing, invisible is the work one but this visible and invisible goes opposite direction, uhhh... you got what i mean??

also the cart icon when buying thing is too small, its kinda hard to buy using controller

noted that, and thank you so much for the feedback!

how do i turn to firstperson

aim in on sights, then click middle mouse button(scroll wheel)

How do I start a game

Ahoy, I love the concept but I can't even have 5fps in very low graphics. It's so sad to not being able to test a RTS. Maybe I'm too used to the very light weight Warcraft 3.

Or it's just my absent GTX 750Ti which makes it harder to deal with. If I had coin you would have coin.

Sorry for your experience, yes i think it need higher graphic card

Also try turn off all quality like physic, shadow, etc.

and try to play on smaller map like Toy-Box bedroom.

it should increase some fps or atleast at playable state

Can you guys upload your games to the oculus store plz. or make an apk version so you can install it on oculus quest 2?

Thank you! but Attack on Toys is not a VR game :)

I was talking about Armed and Loaded I posted it in the wrong comment section. Srry for the confusion

Curious, what's in the steam version? it must be newer with additional content right?

yes it has way more content in the Steam version made by community :)

Well i have good news! the game is Available on STEAM :D

noted that, and thank you for the suggestion / feedback!

Psst could you give me a Leak just one small leak

well, you could join the Discord for that ;)

is it possible to get an older version?

Sadly, the only available right now is this version

and i’v seen this game on baronvongamez good job with the d-day beach!

Awesome and thank you so much! also the d-day is made from Toy-Box Creator thru Steam Workshop: https://steamcommunity.com/sharedfiles/filedetails/?id=2459803096

I would love if you made a WW2 and 1 maps and maybe make German and all other ww1 -N- 2 tanks, boats, etr but this is my only computer but from the looks of it’s a great game!

Can you add the Panzer 3

noted that and thank you so much for the suggestion :D

Good game, almost all the basic game play element is already included although it still need more optimization, like in player control so it feel less clunky. All in all nice job. Question though, will there be bird eye view build feature or top down build feature like most classic RTS games? Not gonna lie it's kinda hard to aligning building when you try to build in third person, and also is there anyway to rotate building during build placement? Anyway thx for making this game, Cheers!!

Awesome and thank you so much!

Is anyone else using the linux version having an issue where you can't turn anymore if you move the mouse too far in one direction?

could you do a boonie hat instead of the cowboy hat

noted that and thank you for the suggestion! :D

plz plz make a choombook one!!

I think they mean chrome book, Although I don't think the game can run on one of those.

that is what i meant. chromebook

1. you will need to download the file from mod DB

2. after that, you will need to move the file to Toy-Box folder

* For Steam version you only need to Subscribe thru Workshop and play ;)

yes BigFry did cover this game once :D... and thank you!

How do you play the game if you already downloaded it?

hi there, i'm having a problem with my game, I can't save the level I made in toybox creation. Idk why everytime I click save it just freezes for an indefinite amount of time, and when I check the toybox folder all the file contains is a thumbnail for the save file.

noted that and thank you for the feedback!

also which Toy-Box object that make the game Freeze?

can someone tell me where to place toybox creations?

Click My Toy Box button, it will open the folder location for you :)

anyway thanks for the great game.

yes, the zombie can turn another toy into a zombie in the current version :)

To add to my other comment, maybe the poolside one could be more of a water park shaped one/wave pool that could imitate a beach scene.

And have a hot tub nearby aswell. But the hot tub will melt regular soldiers if you go in the water however diving suits and water vehicles woukd be fine.

Where the pool you can drown but still survive in. Maybe add things like deep sea diving suits for underwater foot soilder units. And also stuff like a harbor to build subs, water mines, ships, etc.

Water map would be epic :] and also thank you for the feedback!

Hi! Been playing this with the pals and we love it!

-we are having to use a lan workaround app to even play with eachother and if you're not the host, you experience quite a bit of lag. It would be nice to get a proper online multi-player service for this. With this lag comes frequent crashing to non-host players which while they CAN jump back in, ALL their construction/money progress becomes obsolete/reset. So it would be very nice if team members shared plastic factories. NOT currency, just the source. At least for the headquarter's connected factories.

-more modes for multi-player. Would love to do Conquest against all armies with buddies.

-option to change your army color

-a way to auto spawn robots like the solider tents

-larger maps for multi-player. Specifically the house one fully opened up instead of just 1 room

Other suggestions, not needed, just could be neat:

-maybe a map that leads outside, from inside the house

-camping/camper map, with campfire, and access to inside the camper and outside it aswell.

-forest map with a focus a nature based hazzards. Perhaps beyond just bugs

-Toy store map. Maybe with a gimmick of lots of boxed up units and stuff

-perhaps an alien army based around those collectable alien figures. Or just alien inspired vehicles & weapons. If you want to keep it within military bounds, maybe something like those German flying saucers

awesome that's alot of feedbacks! and thank you so much! :D

also you could change your Army Color thru Main Menu

i love this game so much, but can you add tiger tanks?

noted that and thank you for the suggestion :)

its free here but on steam its not ._.

these type of games are my favorite actually i LOVE them thanks for making such an amzing game :D

great game for the whole family !

We have a bug on display  ( Ubuntu 20.04)  : we can't click on buttons in the settings pannel... not event "reset all settings". I guess the pb is due to the resolution.

I tried to delete the folder "StreamingAssets" but the settings are not reset...

where are the settings stored ?

thx for your attention, best,

Hello there thank you for the feedback!

StreamingAssets is only for player save data progression. it won't affect your main menu setting 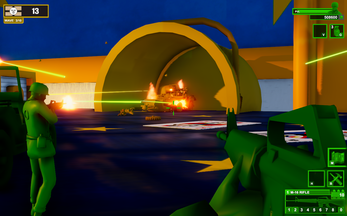 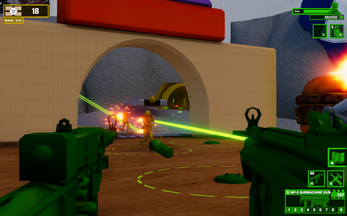 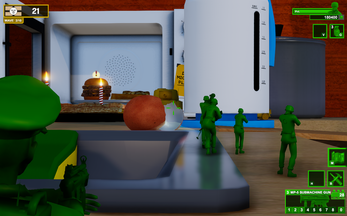 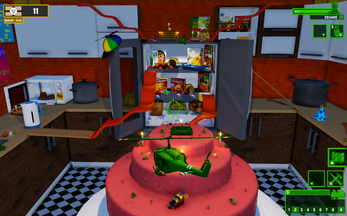 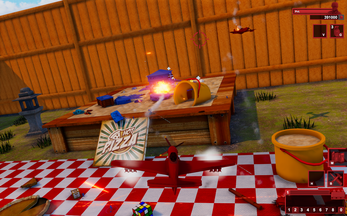 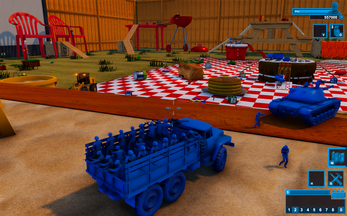 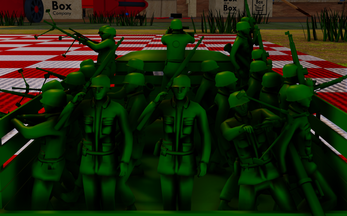 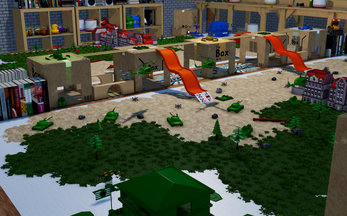 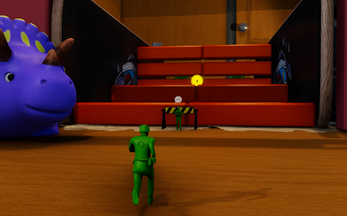 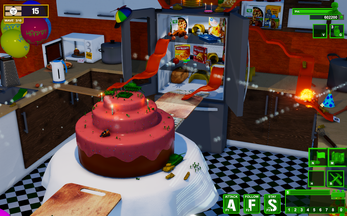 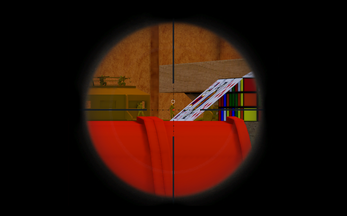